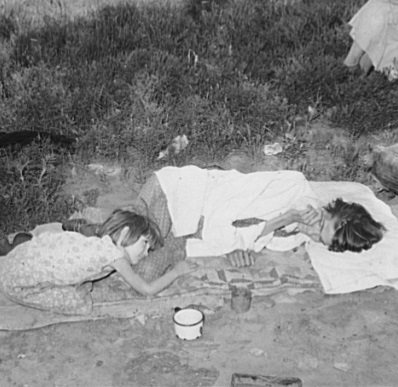 Still working on recording this one

Image:  Tubercular wife and daughter of agricultural day laborer. She had lost six of her eight children and the remaining two were pitifully thin. The mother said that she had tuberculosis because she had always gone back to the fields to work within two or three days after her children were born. Shack home is on Poteau Creek near Spiro, Oklahoma  U.S. Farm Security Administration/Office of War Information LC-USF34- 033601-D

Through force fraud and failure
To do justice to all
By the crony, the grifter, and the back-pocket pol
By a sweetheart deal
Or the company store
Anything to squeeze working folks a bit more